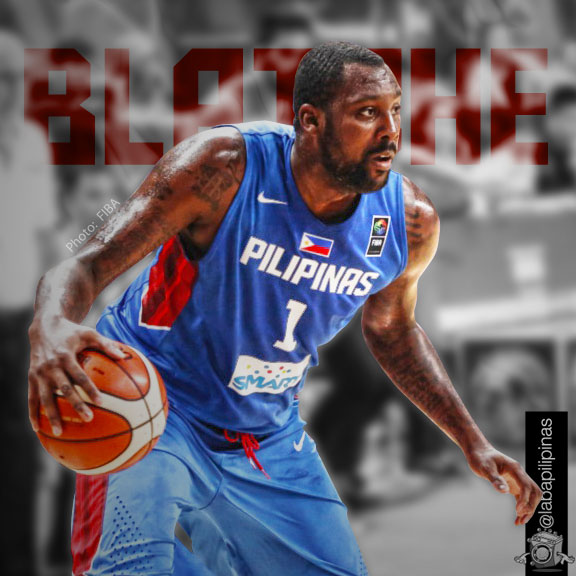 Well actually he is. I'm no expert on muscles or stuffs like that, but I guess the lower extremities sometimes couldn't take much of his weight. And that makes his ankles injury-prone.


We're looking at Andray Blatche here. He played one helluva game against Japan. Yeah, this Hayabusa team is really good. Fast. And very good shooters and slashers. They execute their plays well. And sent us all Gilas fans on our feet the entire game. But the climax of the game was seeing Andray going back to the game. Limping. And on one leg. It was pure drama. Perfect for a Sunday evening family viewing. It was intense. And back in our living rooms (or office tables perhaps or wherever you watched the game) we would be arms-locked with our family members, like how players do it on the bench in a very close contest.

Salamat nanalo tayo. And Andray whom we love to criticise on social media and else where about being the usual mercenary playing-for-pay for an adoptive country, somehow proved us all wrong. This game, he made us feel that he is a family. He has the heart. Our PUSO that has brought us back to global basketball conversation. That was not easy thing to do. But all of us have seen that in his eyes and his body although hurt, barrelled through Japanese defenders. That somehow answers our clamor for Andray's game. To work his way inside and not too much playing like a 5'11" shooting guard. He is almost a seven-footer whose weight can bring so much toll on his defender down low.

The game against Japan has shown that Blatche belongs to our family (although the team's chemistry and brotherhood as we follow them on social media is by far admirable and inspiring). And he wants us to feel that with us Gilas fans by way of playing like a true Filipino: sa isip, sa salita at sa gawa. He is not just a brother to his fellow Gilas players. He is a brother to us millions of Filipinos cheering for our team. True enough "Blatche" shot up the trending topics on twitter right after the game. And like in any family, each member felt worried about the health of its own. Everyone somehow saying a little prayer or two that he'll be okay. Because in less than a day we have our biggest game on the line.

Now let me go back to that nineteen forgotten song and its refrain: "He ain't heavy, He's our brother."