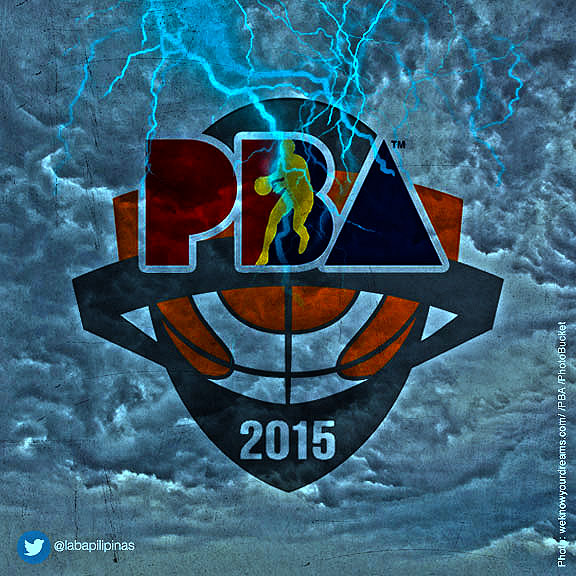 The Philippine Basketball Association was supposed to open on Sunday,  October 18th.

But we all know it was cancelled. Is this the first time in the 41 years of the league to have an opening day festivity cancelled?

The evening before Sunday, the UAAP and other leagues have already decided to cancel their respective games the next day. The PBA that night didn't look like it was going to cancel anyhow. Although the weather bureau has already raised the storm signal number 2 in National Capital Region. Pero it seems relax-mode pa din si Kume. Baka naman kasi mapabilis yung usad ng bagyo (but eventually we found out #LandoPH — like most of us Gilas and PBA fans, na nanghihinayang pa din dun sa Fiba Gold na naging Silver — eh, hirap din pala siya maka-move-on). So tuloy ang bagyo. Cancelled ang PBA (to the delight of the legions of fans identifying themselves with #BoycottPBA,  #BoycottSMC and last but not the least, #TeamSnowBadua)

A few days before the opening, the PBA seemed to have brought a rabbit out of the hat! Voila, whoever thought of that great PR move to announce the 17-man pool for the Fiba Olympic Qualifying Tournament, like what, 7 or 8 months ahead of time is a genius! (We heard from "sources" that Purefoods Star Hotshots Governor Pardo was pitching in for the PBA's next PR move but was unanimously shut down by the board. How true?)

Indeed very unlikely for the PBA when last Fiba Asia, eh kundi halos hindi na nila pangalanan kung sino man yung nasa Gilas 3.0 pool of players. And how sad that the announcement was made a few days after the season-ending conference which is like a couple of months before the Asian Championships.

We hope the PBA weathers this storm. A new season is just about to start. And it has started on a wrong foot (not with the cancellation brought by the storm but with the now proverbial JuneMar's foot — that is, right before it ended the 40th season, worsened by the mishandling of the Gilas 3.0 issues). But we believe that PBA is Gilas, and with this we must be filled with hope that the PBA will somehow learn its lessons from a not-so-distant past. These storms can only make the league even stronger and better. Well, unless Arwind Santos starts singing his first single. And that's another story.