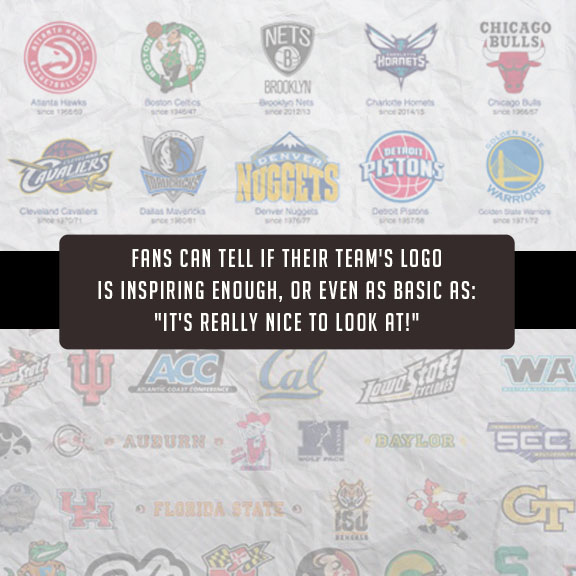 We love sports logos, don't we? Let's not go far, just look at basketball and we see a lot of good if not great logos. From the NBA to its D-League. Also the PBA has some very recognisable team identities. For a basketball fan, a kickass logo is a must.

Well, nabanggit na rin natin ang logo, how about that controversial oblation logo that shouldn't (or should?) be on the UP Maroons shorts. And we all know what that eeny-meeny-tiny-moe logo cost them: a La Salle technical free throw. They were on the run and momentum was on their side as they were on a verge of another upset win. But come on mamon, the oblê logo just killed it (uhm, with the oblê surely shouting in disbelief: "No way, not me!"). The momentum was soaked and eventually drowned, which resulted to about 8 to 10-minute delay due to officials' deliberation. Of course, no matter how trivial and insignificant, they say it's all about following the rules. Fine, and we know how that game ended. Just because of that logo!?! (Of course props to the Archers, they won't get the "W" if they didn't do what was needed to be done on the playing court). In the end bibilib ka dun sa mga nakapansin nun. Pwede na silang um-extra sa NAIA, baka sakaling pagod na yung scammers—este, scanners—kakahanap ng mga bala!


Moving on, let's go to the melting pot of basketball branding—where else—to the N-B-A! Just recently we have witnessed the Filipino Heritage Night over at the Oracle Arena (well, more like, some of us watched that Nets-Warriors game on TV and livestream actually). How sweet of the Golden State Warriors and the NBA to acknowledge the value of the Filipino race to the American culture. And they made sure it's even more special as they fused the GSW logo with the iconic Filipino three stars and a sun. The logo was elegantly plastered on a dark grey fabric, which they call the "Kampeon" shirt. Wow, isn't that nice? What's more surprising was the #FilipinoHeritageNight shirts can be bought right away—not at the local NBA Stores here though—but guess where (drum roll please)...At your suking tiangge! And we can imagine Kumê Adam Silver saying: If you Filipinos buy genuine NBA merchandise, we'll have Keifer in next year's NBA draft! (On a more serious note, here's an insightful piece by Ashley Wijangco on this momentous event.)

The fans usually are always the judge as to whether your team logo brings out the energy, class and the identity the team wants to project. Fans can tell if their team's logo is inspiring enough, or even as basic as: "It's really nice to look at!"

Wrapping up this little logo talk is the ABL—the Asean Basketball League. Yes, ABL is back and even though struggling with having a good number of team participants, it still delivers respectably. Oh yes, their branding is very consistent and really creative.

Now look, the Philippines has a team in this 2015 ABL season. But the weirdest oddity of all—having this team undergo name-change and ownership—just after a couple of games?! Pilipinas Aguilas was supposed to be a Manny Pacquiao team. But it seems, the Pacman is being hounded by some sort of a spell so that wherever he dips his finger (or at least, identifies himself with) creates not a ripple but a dizzying whirlpool! People easily remember the KIA/Mahindra player contract mess where he is the titular playing-coach. And how about almost officially being declared as the PBA's mascot by no less than the commissioner himself (picture this: a boxer holding a basketball running around the court like E.Cow or Jollibee?). Of course, he was lucky with college basketball being the prime patron of Letran. Just enough to avoid a TKO there!

At first we thought it was a joke. But it's getting real and real each day. The MX3 Kings-related stories and press releases bear the—what crazy Pinoy hoop fans tease as—atrocious looking logo all over the ABL website and social media pages. If only we can remove the name "Pilipinas" from it, perhaps we can heave a sigh of relief.

Basketball fans are hoping that the logo's just temporary. Kung pwede nga invisible logo nalang muna hangga't makagawa ng maayos-ayos na disenyo. Dyahe talaga. The other ABL teams have a very well-thought of and creatively executed logos. And to be fair enough, the sudden turn of events—with the management switch and all that—may have pushed them to that epic logo failure. However, the advent of crowdsourcing or freelancing on the web for fast but quality logos and graphic stuffs should not entitle them with such excuse.

Maybe we Pinoy hoop crazy fans can pitch in and help? We can start a hashtag campaign like #PrayForMX3KingsLogo, or maybe that's not a good idea at all.

Feel free to hit the comments and post your suggestions. After all it's Philippine's representative to the ABL.