The Boy Who Cried Wolf 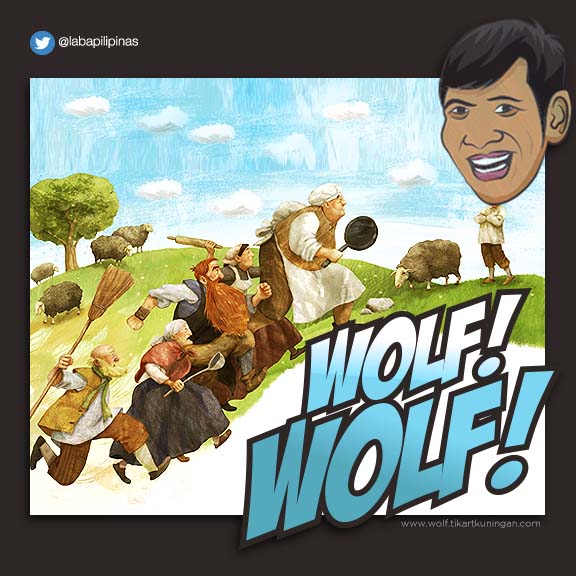 Do you still remember this story? Okay, let’s refresh our sometimes forgetful memories.

Now what on earth is this Aesop’s fable doing in a supposedly fun-sports blog?

To begin with, there’s really no wolf in our story today. Neither a sheep. But we got a calf.

A calf. To be precise, an injury on Junemar Fajardo’s CALF! And what an unceremonious time to get hurt. It's time for the FIBA Asia Calf–ooops–Cup in Lebanon! 😜

Sucks. We already got no Andray Blatche for the Asian Cup. And now the country's top big man. Reigning MVP in the world’s one and only 11-month season league called the PBA. He was about to show the swag he's got. It was supposed to be his time to shine.

But the villagers won't believe him as he cries “Wolf! Wolf!” once again. These villagers heard it before. Aaah, plantar fasciitis–come on! Then the rant goes on: It's all for the grand slam! It's all about championships in the PBA. It's a matter of obedience. To hell with basketball politics! The SMC will always be there to ruin the business rival’s spearheading a successful Gilas basketball program. Utter and sheer selfishness! He’s got no balls to disobey the powers-that-be!
Of course these “villagers” have all the right to express their thoughts and opinion. After all they are the ones who care about the sheep—or in this case, Philippine basketball.

It may seem to be a non-bearing tournament. Yes, this FIBA Asia Cup has nothing up for grabs, like the usual qualifying for much bigger tournaments, say the World Cup or the Olympics. But these villagers want their sheep to be placed on a special pedestal. We’ve been back in the Asian and global basketball conversations for quite some time now. And we’re supposed to be the most passionate hoop fans in the world. Hence these reactions are probably understandable. The villagers deserve an equally passionate shepherd boy to take good care of their sheep.

But the story actually didn’t hopelessly end there—at the scattered and lost sheep part. Again to refresh our memories, the story ended with an old man and these words of wisdom as they walked back to the village:

"We'll help you look for the lost sheep in the morning," he said, putting his arm around the youth…”

Let’s wrap our arms around Junemar—and to the rest of our Gilas Pilipinas. Perhaps he could muster enough strength to play a game or two if he can—some players can play through pain, right? After all, it’s the country’s pride and glory that is at stake here.

JMF must be hurt. Beyond the physical discomfort on his calf, he knows how we—the villagers—would take this bad news. It happened before. And as a country subsumed by seeming culture of hate via the social media, the Kraken must know how things get even uglier in every social media post and unsolicited reactions about his recent injury.

Moral of the story? Of course, Aesop wanted to tell us “Nobody believes a liar, even when telling the truth.” This is a continuous learning process. It's not just about the shepherd boy. Moving on, we can only wish that the basketball stakeholders put their acts together—for the love of the game and play with all honesty and transparency for the best interest of this country crazy about a game called basketball.