Kayoed Before the Opening Bell? 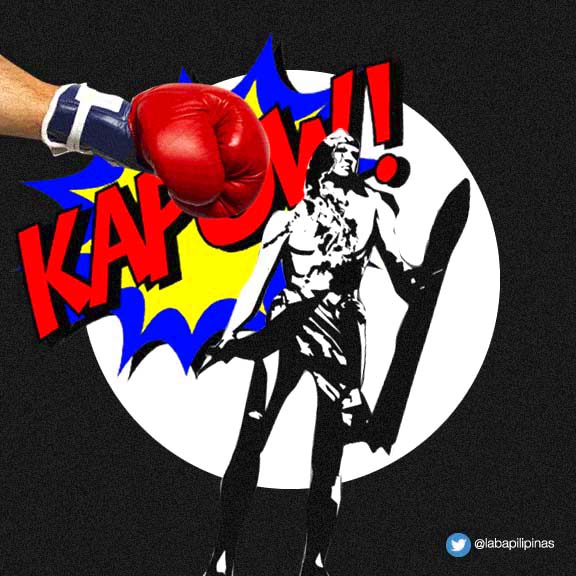 (Updated as of 112117, 09:52H) Not too long ago we heard and were excited about a new grassroots development league launching. And a country mad about hoops didn't think twice welcoming this exciting idea. We were even more surprised (or not at all) that the league's acronym begins with the initials "MP"—reminding us of one legendary boxing great (who by the way was a PBA playing-coach—yes—believe it or not, this is a fuc—uhm—FACT 😱 and not some fakenewsery). And then add the customary kicker "BL" for Basketball League. And it's good to go.

Well, you know who we're talking about, right? 😜


So what happened to MPBL? Were we not equally surprised to know that the league's founding commissioner was (or IS—I am now confused about the appropriate tense to be used, seriously 😖 ), T-H-E Snow Badua! No need for introduction whatsoever. But we're happy about the idea. The concept of grassroots basketball league. Easily, we remember the defunct MBA. And we felt nostalgic about the good times we've had with the home and away format brought by the MBA experience. Now here comes MPBL, and we thought there was some semblance going on. There was something different or some sort of closer experience knocking on our doorsteps. Basketball finally coming to our localities—barangays unlike PBA out-of-town games which do not happen all very often.

But what happened? Am sure, you are also surprised if you check the "former" founding commisioner's Twitter bio. I wish I had a "resibo" of his earlier bio on Twitter. I recall it said he was the MPBL Founding Commisioner sort of thing. Then the website www.mpbl.ph is no longer seen in his profile.

Then we suddenly saw this on his twitter exchange with his fans:

Of course, the image didn't categorically state that it's gone. What we see is chaos—a messy room. Perhaps just going through a crucial conception stage before it finally gives birth to its maiden season?

We also tried searching the MPBL page on Facebook and on our limited try, it seems that the page is, somehow—gone!

(Erratum: We're told via twitter that the Facebook page is still up. The operative words for such initial result was "limited try", sorry about that. Anyways, not an Fb-savvy here, but here's their page anyway—still up but not-so-updated as of this posting: facebook.com/MPBLofficial).

Pretty sure we'll be reading some news or press releases sooner or later after these questions have been posted.


Slowly we're starting to create some musings that the legendary boxer indeed has the REVERSE of a Midas Touch when it comes to basketball. So that whatever he touches (basketball-related, and on a pro and bigger stage) turns into, shi...uhm, at least NOT gold, perhaps (*cough)—golden brown?

Remember the team he was about to run in the ABL? Hold your breath, that was: "Pacquiao Powervit Pilipinas Aguilas". That was a couple of ABL seasons ago. And of course his stint with KIA in the PBA. We know what fate KIA has met along its unconventional PBA journey so far. And then we heard that the boxer-turned-PBA-playing-coach-slash-senator-and-also-a-pastor-a-singer-(are we missing some more?)—is founding a grassroots basketball league (although for some it sounded more like a political propaganda en route to Pacman's bigger political plans)—called (hold your breath, once more): "Maharlika Pilipinas Basketball League" (he has a penchant for long names, doesn't he?!)😂

Sayang—is actually an honest understatement. We can always have criticisms or hot-takes to everything going on especially things we hear via social media. But the MPBL concept was actually good. For some it may be too good to be true. But we saw how the "former" commissioner was building and oiling the machine. We saw developments, ideas slowly turning into a reality. Teams via Local Government Units are signing up. Players trying out in their localities. A pool of referees have been trained at least from what we saw on their activities posted on their social media accounts. And apparently they must've picked up fresh talents to form a team that will handle the show and all. Of course as an outsider we actually didn't see the in-betweens and behind-the-scenes.

And then suddenly it's, pffft—?

Perhaps the boxing gods weren't happy about the Pacman dipping his hands on professional basketball (and politics) again and again? Okay, maybe basketball. The god of Pugilatus must be very jealous and furious when Pacquiao got into it as a playing-coach—via the PBA. And then one day god of Pugilatos must be very upset so that he threw that "reverse" King Midas touch CURSE on his most anointed boxer, a.k.a., Pacman.

Of course, we're imagining things. Few moments after this post we'll be hearing the facts and figures about what really happened. Perhaps the new league wasn't shelved after all? Feel free to hop in the comments below and share your thoughts mga ka-fans.

UPDATE: Got a chance to make "sawsaw" over a twitter conversion with the MPBL founding kume and here's what we learned so far:

I tried to make everything frugal. But some groups from the inside insist to make it grand when we dont have money yet. I tried to avoid the mistakes of past leagues. They dont want to listen. I am so tired of keeping it afloat.
— Snow Badua (@snowbadua) November 20, 2017