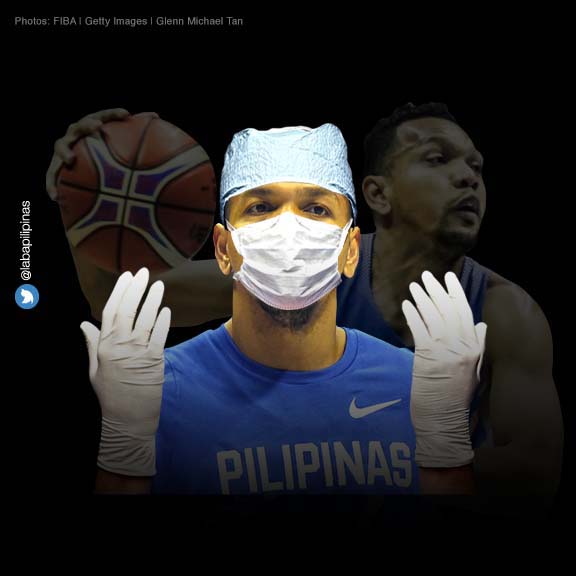 But boy, he—uhm, castroated—the opponents in our past two games in the first #FIBAWCQ window. We didn’t see our entire Gilas at their best performance just yet. Best lineup, probably. But the Gilas machine wasn’t running so smoothly and oiled as we’ve witnessed—owing to lack of preparation, blah-blah-blah.

When we thought we’re at the brink of losing to Japan and Taiwan—here he comes (no pun intended). All balls and glory. Penetrating through narrow path to the basket—and one! Coming out of nowhere. Dissecting the pesky zone defense thrown upon us. Making timely baskets. Speeding through a rush hour EDSA traffic. And we’re all but left mesmerized (even after seeing him done that countless time): how’d he do that?

Now that's CASTROation. Just what the doctor has ordered for us. Or isn't he THE surgeon himself whose hands we entrust this so called basketball fecundity?

Welcome back to the Jayson Castro Show! For those wondering, he is the #7 guy with a “William” at the back of his jersey during FIBA games. What a WILL this William has in winning games! For us, he is simply, Castro. When Gilas needs someone to create—either set-up a play or manufacture an instant offense—he does it for us! (Man, he can even grab the board from Coach Chot and do the coaching himself when things go awry.)

Be very careful when you meet him on court. Defense may not be enough. Height will not suffice to shadow his view of the hoop. And your balls—your guts, your brawn and what-not—may just be blown busted and all as he drives by on his way to the hoop. Or snipes his way from downtown. Coldblooded three with a face so phlegmatic—you won’t believe him when he shouts, “sunog, sunog!”

The #FIBAWC Asian Qualifiers just wrapped up it’s first window. As we move forward to the next, we can’t help but feel extremely excited. But as sure as the sunrise the next day, Castro will be present wearing his now iconic “William” atop number 7 on his Pilipinas jersey.

Can “The Blur” castroate Australia next?

That’s tough. To win against this powerhouse team in our continent, we need more than mere castroation of these Australians. Time for the other Gilas guys to UP their game (read: trim those fats down, Andray). It’s a long shot? Bilog ang bola. And Castro can still do Jason Castro things!