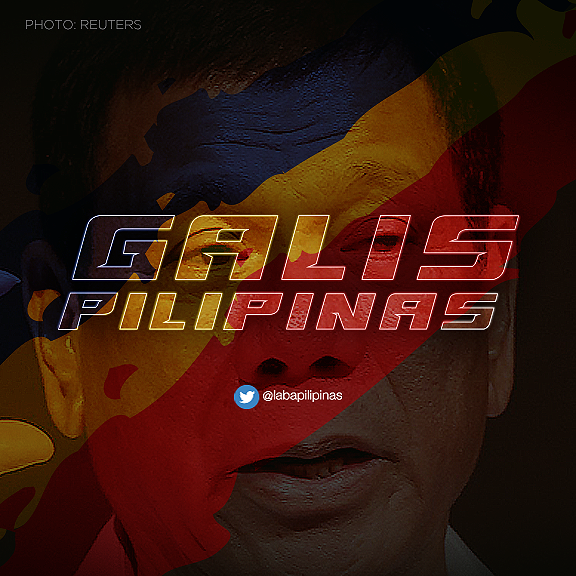 First and foremost, our apologies for the desecration of the esteemed wordmark. It was never the intention to ruin the name. But after the blatant and outright trashing of no less than the President of the Republic of the Philippines, this one doesn’t even come close to, or fare as against the magnitude of demoralizing words he had uttered to our beloved Gilas Pilipinas as we head on to the #FIBAWC.


Here are his words again, in case you missed it:

"F*CK!" is an understatement reaction if you really love our athletes. And if you are THE athlete sacrificing everything for the sake of putting that country’s name across your chest, then I wonder which curse word could more appropriately describe how you feel. All the hard work, the dedication, the extra mile and toll added to your body after enduring a gruesome PBA conference—they’re all thrown out of the window now as you hear the highest leader of the land hoisting the white flag even before the battle has started.

Lately the internet has been abuzz with all these stage-dad stuff LeBron James has been doing in relation to his son who is an up-and-coming baller himself. And the world saw how LBJ engaged himself (to the point of being annoying, as perceived by some people) and throw his all out support to his son and the team. Of course the dad is damn too proud of his son. And many wished to have their dads do the same to them when they’re kiddos. Of course many fathers do the same, especially with the growing awareness about involved versus the obsolete “absentee” style fatherhood.

Now contrast that to what we have right now: Tatay Digong. That’s what his brand is—the supposedly endearing albeit trashtalking father of our nation. But that’s not the type of fatherhood we wanted from him. His Gilas Pilipinas children do not deserve his unfiltered words. The Gilas fans who are also his children are truly uninspired by this sheer loss of faith even before the jump ball has begun. Sadly, a bunch of fools will still spin his words or justify his view by saying “real talk” shits and all that. But the reality is, it’s NOT the way we’re supposed to live our lives. And it is not how we’re supposed to handle our powerful words in the realest of life situations. Say that to your children as they embark to, let’s say, a Science Quiz Bee. Or a Palaro. Or maybe playing in a paliga in your barangay. Imagine your father telling you bluntly: “Wag ka nang umasang manalo dyan anak, talo lang kayo. Suportahan mo nalang yung team nung kabilang barangay, tutal kaibigan ko kapitan nun at palagi tayong pinapautang.” Now shoot your shot with that kind of very uninspiring bullcrap as you step onto the hardcourt.

It’s such a defeatist outlook (which in hindsight, is actually how his government leadership is running by far). No matter how tough or insurmountable the competition is, we need to stand our ground. And we need to put our best foot forward and give it our very best shot. No matter what the odds. That's what patriotism is all about. That's what love for country means in all honesty. And the opposite of which is treachery. 😞

Now let's go back to that Gilas anagram in our title: “Galis”. If you are susyal enough, you say "scabies". Fine. But no matter what the word, "GALIS" doesn’t sound so comfortably nice. It's abominable like a foulmouthed creature spewing hatred and division! It's just annoying that you do not ever wish to experience such—infiltrating any part of your skin down to the kasingit-singitan. It is also known as the "seven year itch". Well, don't look now, looks like we have our "six year itch" in our midst (3 years down, and may God forbid any furtherance by way of Charter Change in the offing).

Whatever it takes, we esteem our national athletes. We are grateful for their service and for them proudly representing our country—WIN or LOSE. And they deserve all the love and kind words for all their sacrifices as they set foot in the arena with "PILIPINAS" written on their chests.