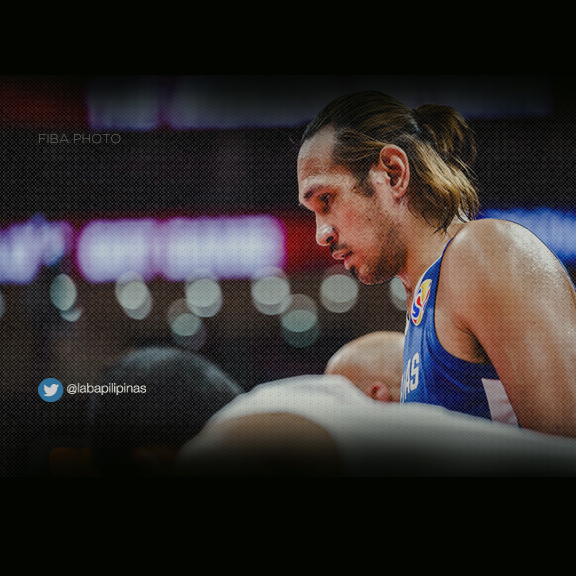 I drop almost everything each time Gilas Pilipinas plays. And no less than a World Cup stage can excite me more from following the team. Of course, I make concessions at home. I announce ahead of time before my commander-in-chief the schedule of the games. And we make adjustments with chores and parental duties.

But lately my 9-year-old son noticed something different from our experience following Gilas. Wrapping up tonight’s game versus Tunisia, my anak was calm yet bold enough to ask me, “Why do we always lose games? Aren’t we that good anymore?”

It hit me like a dagger. Took me a while to gather my emotions. I felt like I dwelt too much longer on the words “aren’t we that good anymore”.

We are good. Won’t be here if we weren’t. These men are professional players. And we know what they can do. We see they have skills and talent. We’ve seen them make impossible shots. Drained threes with almost no time left. Powered their way inside the paint and still make a shot, and one. Win lots and lots of championships.

But this is the World Cup of basketball. The question keeps lingering and I am beginning to hate it even more.

“Aren’t we that good anymore?”

It’s haunting. It’s annoying. The world may be laughing at us right now. We’re like the party goers who went to an event not wearing the prescribed outfit. And everyone was looking perplexed. More like looking down on us as the night grows old and still we’re dancing with both left feet wearing shorts a lot shorter than that of UP men’s basketball team then pairing them with Rambo flip flops and a hideous white tops when the invitation says “tuxedo”. Some coaches must’ve noticed us—our nondescript presence. We lacked “quality” and so they say. Short of prodding the bouncer, “kick them out of this party, now!”

“Aren’t we that good anymore?”

My son was still waiting for an answer. He was looking straight to my face. He knew something was wrong. It’s been almost a week since Gilas has been playing in the World Cup and he hasn’t heard any jubilation from his usually boisterous Tatay in front of the television. The usual loud scream. Countless punches in the air. Maybe another declaration (like in 2014 Gilas games against Croatia, Argentina, Puerto Rico) that we’re ordering another pizza if we even keep this game close. Or maybe win.

But we’re not winning this time. Or at least have played like winners. The Angola game was calculated to be the winnable one. And we knew that. Or at least we hoped so. We’re almost there. Same day we’re celebrating that historic win in 2014 versus Senegal. But it’s been the third consecutive game that we’ve lost the jump ball. Actually, the fourth game already with Tunisia and still we’re not getting the first possession by way of a jump ball. Of course, that doesn’t define an outcome of a game. Silly me for thinking that way.

But that’s very telling of what this Gilas 2019 FIBA World Cup experience is all about. In the beginning, there was something not in place. We barely made it to the World Cup, thanks to Korea for saving our asses. The brawl. Suspensions. Injuries. Line up. Coaches. Tune-up games. PBA Finals. We can identify perhaps a hundred reasons more. Just read through social media and it’s everywhere. Frustrations. Anger. Disgust. Denial. Hatred. Emotions inundating our timelines. And we’re looking for a scapegoat for what we feel is a global embarrassment.

“Aren’t we that good anymore?” I realized I still haven’t answered the question just yet. And it was only a few seconds ago since my son candidly asked.

Anak, we’re good. It’s just that this seems not ripe for us. It’s really frustrating. I remember when you cried so hard when we lost to what we deemed as a “lowly” Palestine team back in the 2015 FIBA Asia. It felt like that one, remember?

We will surely learn from whatever mistakes our team has incurred from this experience. And lucky that we aren’t the players themselves directly suffering from this mishap. Imagine the immense pain if we are them. Or how about the PBA or the SBP who are in the front and center of all these?

It’s bed time. And so I had to sprinkle hope for my son as I kiss him good night, “Four more years and we’ll be back to the world stage—and yes, we’ll win next time.”